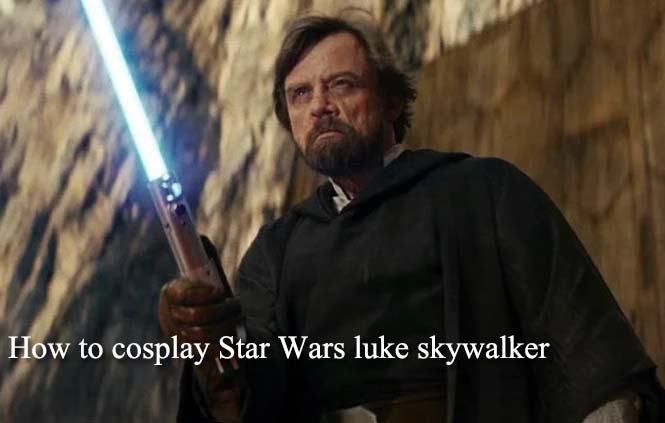 Luke Skywalker is the main protagonist of the original Star Wars trilogy. He was created and developed by George Lucas and portrayed by now internet’s-dad Mark Hamill.

Luke‘s first appearance was in the very first Star Wars movie in (1977). He then came back for The Empire Strikes Back in 1980 and then for Return of the Jedi in 1983. This was not the end for his character as Mark Hamill came back 3 decades later to portray Luke once again. He appeared in all three movies of the Star Wars sequel trilogy, namely: The Force Awakens, The Last Jedi, and The Rise of Skywalker. But if you want to cosplay him then you need to learn more about him.

If you love heroes then you will love Luke Skywalker. He is an all-out hero of the first Star Wars trilogy and is an admirable and interesting character to cosplay.

Luke began as a farmer living on a moisture farm in Tatooine. He eventually plays a big role in the Rebel-Alliance’s resistance against the whole of the Galactic Empire. Eventually, he became a friend and later on brother-in-law of Han Solo who began the movies as a smuggler. In Return of the Jedi, he came to know that he was Princess Leia’s (Rebellion Leader), twin brother.

Throughout the first three movies he trained under great Jedi Masters Yoda and Obi-Wan Kenobi to be an accomplished Jedi. He was the son of late Padmé Amidala and Darth Vader (then known as Anakin Skywalker who got turned to the dark side).

In the sequel trilogy, he acts as a mentor to the new trilogy’s powerful protagonist Rey. Later on, in the series, it will be revealed that he trained the antagonist of the series Kylo Ren as well. He is Kylo Ren or Ben Solo’s maternal uncle too. Luke exists the Star Wars series with his death in The Last Jedi but he does return in The Rise of Skywalker in the form of a Force-spirit.

He is the one who encourages Rey to fight her grandfather Emperor Palpatine and empowers her during the final confrontation. That’s not all, he appears as a ghost in the epilogue of the movie with his sister Leia. 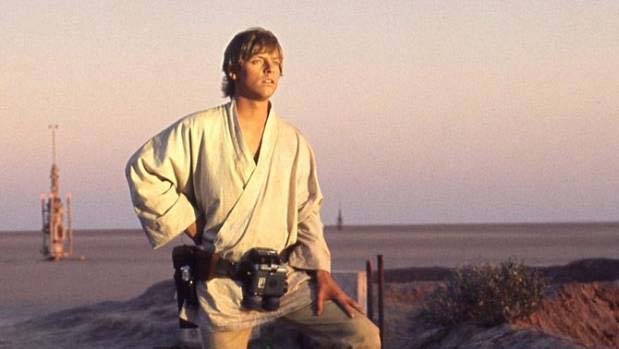 Throughout the Star Wars series, Luke has sported a lot of different star wars costumes. At the beginning when he was in Tatooine working on a moisture farm he wore rugged clothes. The boots, pants, and shirts were of the same colour. He had a really useful belt as well.

Next up is the Rebel suit which he wore for a long time. The outfit is darker and consists of black boots, dark pants as well as a black-shirt. He also puts on a rugged yellow jacket over his shirt. He wears this outfit when he has his first confrontation with Sith-Lord Darth Vader.

As a Jedi Knight, Luke puts on a full black costume. He begins wearing this when the team of rebels was responsible for rescuing distressed Han Solo from Jabba the Hutt.

From being a Jedi Knight, he progressed to being a Jedi Master and trained new Jedi students. As a master, he wears darker robes and this is the costume he wears when projects his younger look during the Crait battle.

So as you can see Luke wears a lot of outfits throughout the entirety of the Star Wars series. You can order any of the costumes you would like to cosplay online. But the one very eye-catching costume is his Jedi Knight costume. The while black ensemble with his lightsaber goes very well.

You can certainly make the luke skywalker costume at home but it will be an unnecessary hassle and chances are that you will end up spending more than on a ready-made costume. that you can buy online. Moreover, you will also have to put in extra effort and time if you want to make it at home.

If you are buying online then note that the Jedi Knight costume should have these major parts:

Go online and take a look at Luke’s Jedi Knight costume to have a better idea of the costume you will be ordering. Once it arrives, put it on and be ready to cosplay with your friends at a con.